EN
Katerina Repponen and Pasi Nousiainen started to work together in 2010. Their passion for hand to hand acrobatics naturally brought them together. While Pasi graduated from Circuspiloterna in Stockholm, Kate studied at Further Education Center in Lahti. They then went onto improve their technique in a one month workshop at Kiev Circus Academy.

Together, they have performed their hand to hand act and foot juggling performance in many traditional circus, variety shows, street performances and theatre production in Europe. The versatility of both artists helped them in the creation of their own 35 minutes contemporary circus street show called “SUHDE”.

Since then, they have created a very new act in which they combine hand to hand and foot juggling. The originality of this new performance gave them the opportunity of working in America for companies such as Cirque Eloize. With this original act they also won a silver prize in “Golden Karl” International Circus Festival 2014. 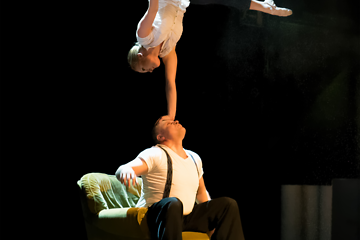 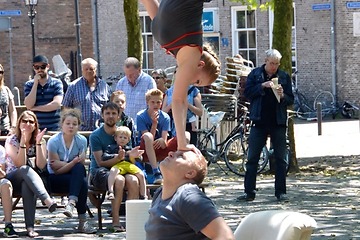 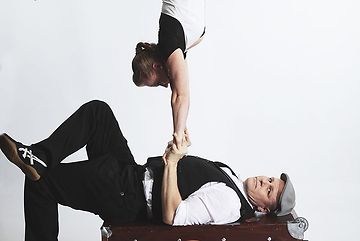