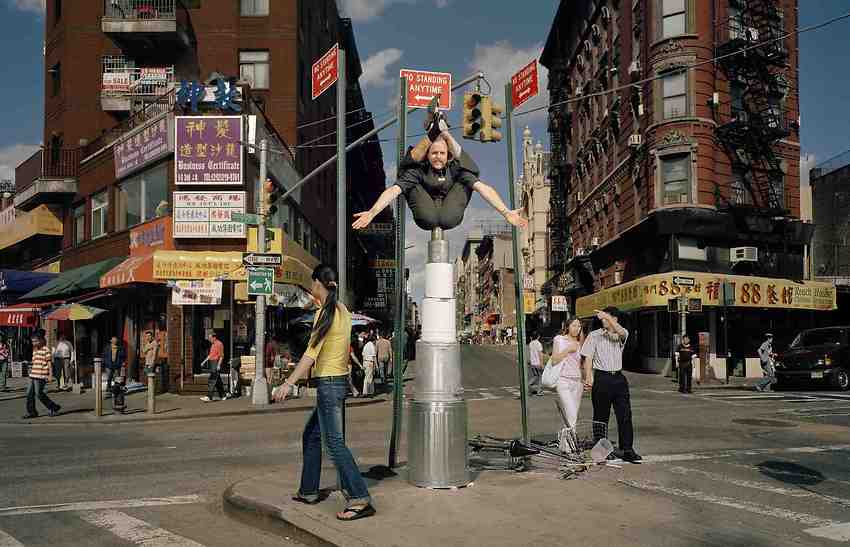 What are you doing right now?

I am in Norway; I was in Las Vegas from 2018 until the pandemic started and Las Vegas closed. I was living a very good life there with a house with swimming pool and my daughter went to school there. But my American Visa stopped working so I was thinking of waiting out the pandemic in Norway. Meanwhile, my ten-year-old daughter fell in love with Norway and enjoyed having the family around like my parents, my sister and my daughters’ cousins who now are in the same school class as my daughter. So, when it all opened in Las Vegas we decided to stay in Norway.

We have settled down in a small town and this is a very big change. I have travelled around the world with a big production, La Clique later called La Soiree, for many years. Here I am doing a lot of events here for companies and this kind of stuff. Quite a different kind of acts but I of course still have my tennis racket act and the tin can act; they are my most common acts. 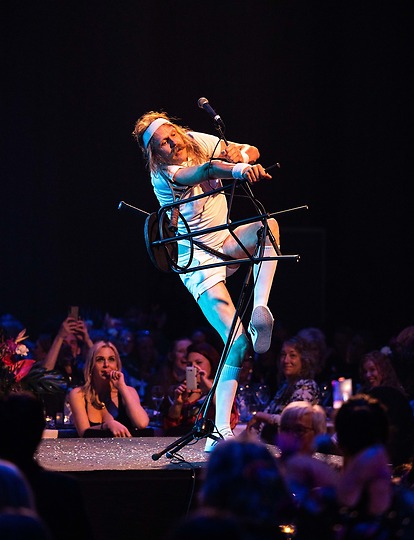 I always try to make my audience surprised and to put something, a meaning, in my show. I think that that is the meaning with clowning: to be really moving and touching. Like Charlie Chaplin; both silly and very funny. It is also about not being afraid of to connect deeper, doing talking with people as a part of it.

It is so strange to realize that you are best in the world on something, coming from a small town ending up performing on Prince Charles Christmas Party. Elaborate please The first time the British newspaper started to write about me and my shows, I learnt the British understanding for this kind of comedy and humour. The mentions I got in reviews were just extremely good. This showed me that they really understood physical comedy.

When you look at my shows it looks chaotic, but you look at a dance that look chaotic but it’s not. They really understand this in Britain, with for example the artist behind Mr Bean, Fawlty Towers and similar. How come the clowns are invited to this kind of events? It’s just funny that novelty acts and strange performers gets to meet CEO’s and the members of Royal Family.
This is also the stuff I talk about in my pod cast; why do people look at us artists and then maybe they go home and change something in their life afterwards?

What makes every performance so unique for you?

The audience! Sometimes I got the question ´how come you don’t get bored doing the same things over and over again’? But it is not the same! If you connect with the audience and you do this moment together with them, it is always different.

And to still make people laugh! The process in when I come out on stage and do my initial lines and the respond I get. In this common place, where we perform, is what made our performance so difficult during the pandemic. This third space, my second home, that I only can visit when the audience is there. In my performances, and when the audience and I are there together, everything can happen, created by humans for humans. So, what makes every performance so unique is the special interaction that comes in those moments; I say my jokes and go in there and they feel genuine emotions every time.

My mother run a kindergarten with ideas from Rudolf Steiner. It influenced me and I learnt that children’s play is very important, very serious, and I am very serious about playing, and games as well. Each step in the child's process before you get to be an adult is important. 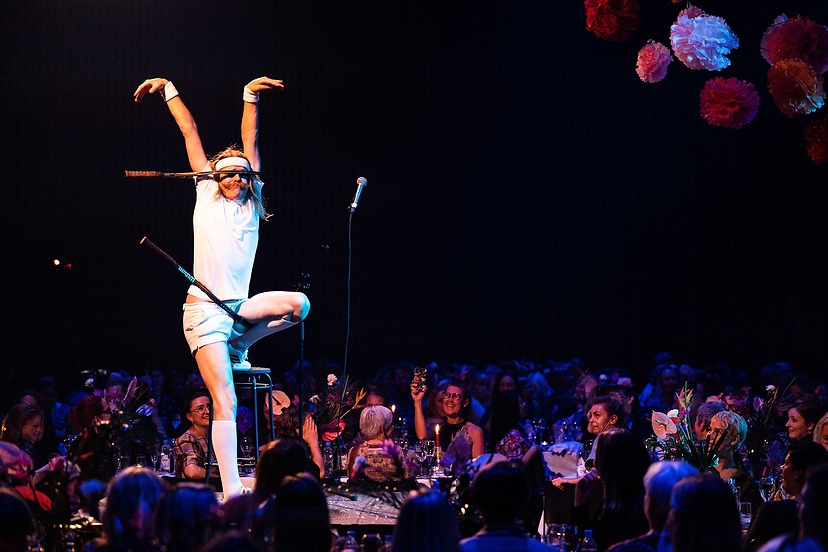 How come that you became an artist? Your father is a magician?

I guess I just liked it. I liked to be in the spot on the stage, to face the opposite ways of the others and have something to show, me stepping into the space. I think this is an ancient stage from the pre-historic time.

My sister performed as well with our father when we grow up but didn’t get bitten by the stage. She is very body flexible like me; I have been nourishing this but my sister left stage and became a business woman. Our father was a part-time magician, but we performed around 100 performances a year. During the period of 1986-1996 I worked with my father in different kind of shows. We did duo magic shows. As I learnt to juggle juggling became a part of the show, and eventually a straight jacket escape where my father strapped me into a straight jacket.

I started at the university to study philosophy, history, religion to become a teacher. I went to England to perform for three months but one festival after the other slipped us away, so I guess I am a showman now – and instead I became an amateur philosopher now!

My father has retired from the stage but are building props for me so we have a close relationship now. So nice to have him building this for me and helping me and he can see how it works when sitting in the audience.

My daughter is 10 years old now, still plays with toys and so happy for to spend time with her grandparents. I wonder which day will be the last time she wants me to read her a story.
Compare to the life in Las Vegas; I want to give her the routes that I had when I was a child. The artist life can be a rootless life if you don’t have the ground as a child. My wife is from Australia, so my daughter is more flexible that I am and bi-lingual.

That is what children are; small connectors that connects adults again. And what the audience is, is to make connections into their own life. Elaborate please: The child become the show and what the child does and how influencing the child despite that most of the child come from themselves. To have a child is to get this something flimsy away from your eyes and you start to see colors you haven’t seen before. All these emotions and having this person in your world, though I know what my work in life was but when I have my daughter, I keeps developing but it feel flimsy and get this things on top being in the world.
My daughter is named Saskia. We wanted a name that goes in both on English and Norwegian; an international name we both liked. We found no other name that we agreed on, so she was a Saskia. 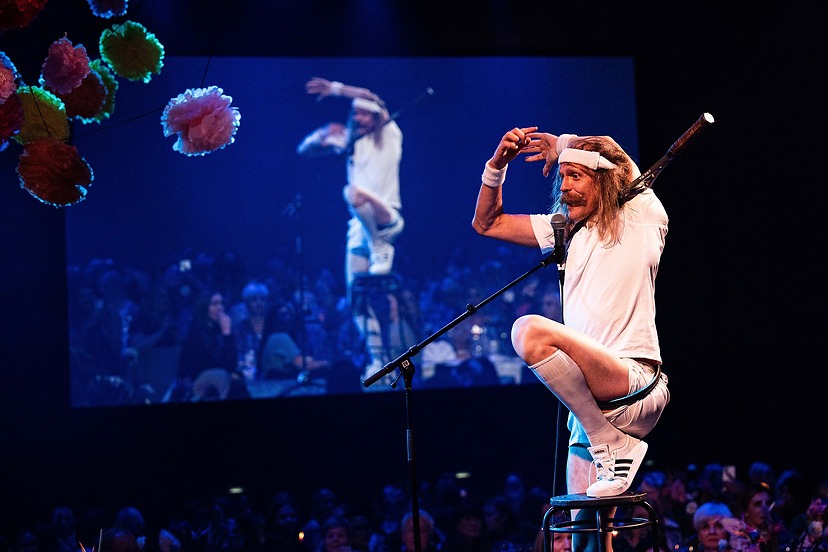 What challenges do you have? Your body?

There is no pain that I have when performing. I sometimes feel a pain like a ‘tennis arm’ when performing due to the big amount of shows I am doing, so I do exercises for that.

In for example Las Vegas you are working like a machine, and you repeat the same move. I have sometimes hurt myself but not so much that I haven’t done the show.
Now I’m 46 years old and completely fine with doing this.

Right now, I am working at a theme park in Norway with a circus theme with 12 shows a week. For a long time, I called myself The Rubberman. Due to the market nowadays, it is more of this kind of things now and not only contortionists, acts based on different things. Most people want to see a variety of a lot of things; magic, swords swallowing etc.

Before I was part of the group La Clique* for 12 years and then they took a long break without performances. The name is the same, but the artists are different now. The people I worked with grow up and they all had children at the same time. So, we had babies travelling with us with a group of satellite people around. Brett Haylock ran La Soiree at that time. He was the Creative Producer who I worked with from the beginning to the end of my La Clique/La Soiree run.

The change of artists in La Clique also reflects the change in society; it is more queer, sexual, started underground. But I don't really know what’s going on with La Clique now.

I am however busier today than I thought I would be. I worked with the similar thing as Skapande Skola in Sweden last winter, called Kulturelle Skole Secken and did a show for them in January this year. 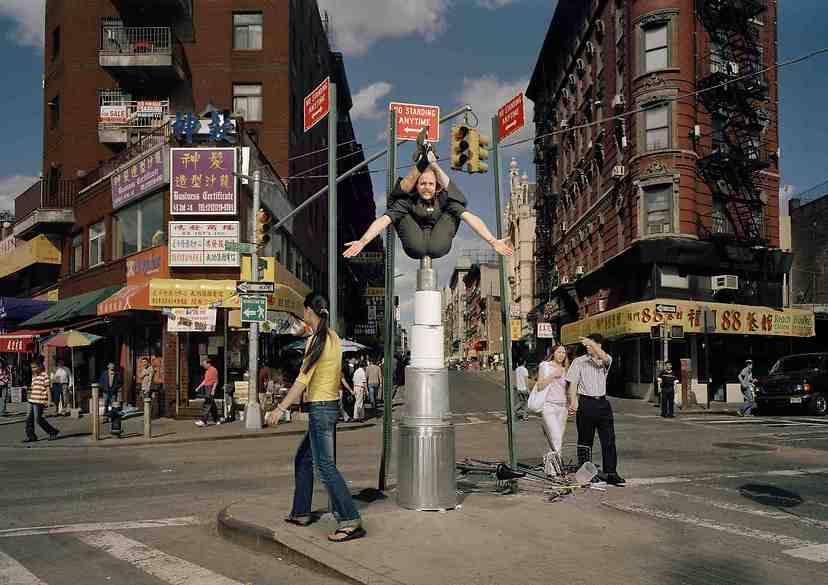 Just a last question: how come your artist name is Frodo?

My birthname is Frode. There was a guy who asked me if Frode is the same name as Frodo from the Lord of the Rings? I said yes, like that and with the meaning of the words from Tolkien: Honor the King (a showmans way to explain). Now everybody calls me Frodo.
I wrote a book about the pagan gods when I was seventeen and I have interpreted the ideas from my youth in my show, saying something about the state what you were at that time. I dig in in things, but life goes in circles.

Like abstract art, I am more interested in that nowadays. Like old poems; they are good because there are more to see and understand. When you move you see something else. What is it in the nature of existence, in circles, and this is what The Way Of The Showman is, why is it like this. I think it comes from the right attitude, and the relationship with your audience. You will always look to the bigger picture with all these things in your mind - you can’t hide.
If you really love the audience, you cannot enter the second home if you are not there, and they can feel it.

We can read the human face and pretend to love them, to get yourself into the right feeling. The way you do it and interact with your attention. You wear your heart on your sleeve. It is a very common english expression: this is from a dictionary: We use the phrase "wear your heart on your sleeve" in a casual way to say that we are showing our intimate emotions in an honest and open manner. But why are we "wearing" our emotions? And why a sleeve? Before getting to the heart of this matter, we should turn to the first recorded use of the expression, which is in William Shakespeare’s Othello.
Stop to be self-conscious; the audience are just in the moment when they are playing; you are in the same process. They sometimes freeze half-ways and for a moment it’s like a bad connection on Internet and you know that the moment are real and all your defenses are down and you are listening to your heart. 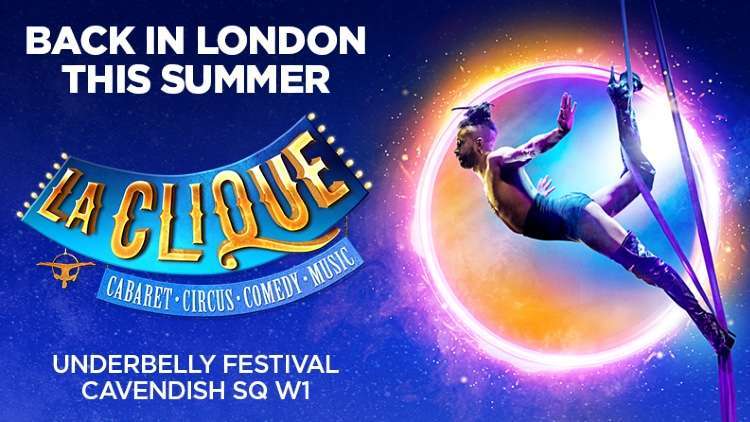 *A description of La Clique August 2022 from Edinburgh Fringe:
The multi award-winning cabaret spectacular, La Clique, features the best of circus, comedy and cabaret. Born at the Edinburgh Fringe in 2004 and subsequently gaining international acclaim touring the globe, this original and trailblazing spiegeltent-based cabaret show brings you a magnificent collection of extraordinary new artists and unmissable favorites. A decade on from winning the Best Entertainment Olivier Award and fresh from performances in London and Singapore, La Clique promises to be a night of laughs, gasps, naughtiness and the best in international cabaret.